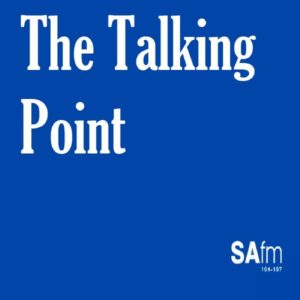 Every country regulates immigration in its own way. America and many European Union (EU) countries have tough immigration laws, meaning people have to meet strict requirements in order to immigrate there.

But why does South Africa’s immigration laws seem lax in comparison to these countries? SAfm points out that ‘most locals say they no longer feel at home because of immigration.’ This lead SAfm to ask the question – should South Africa review its immigration policy?

Quotes from the interview

When asked if it’s correct to suggest that our immigration laws are lax:

“I don’t think it actually is to be quite frank with you. I think we’ve got two different sides of the coin. Immigration is always a judgement call between making sure that we’re attracting the investments and skills that we need also while protecting workers’ rights here; that we’re not bringing in the wrong people. I think occasionally it’s been said, and it’s probably correct, that we have fairly porous borders so we’re not always getting in the right skilled workers, but I’m not sure that that’s totally due to the immigration laws.”

“In some cases foreign nationals are taking positions that local South Africans could and should be taking…I think we’ve seen some movement, which is probably not enforced enough, where we have to transfer that issue to the employer, where the employer needs to be partaking in the spirit of the immigration act, which is to check, keep records and make sure that the staff they are taking on do have the correct permits in place. I think it’s a pretty impossible job for the DHA to monitor every single individual person. Employers have to play their role here.”

Comparing South Africa’s immigration law to those of other countries

“If you look at the Australias and New Zealands of this world they operate a very strict points system. Again, it’s very certain occupations that have been identified as being required in those countries. What they do is we work in this global marketplace and they compete to get the best skills in. I think South Africa doesn’t quite have it right with our visa categories and how we do it.”

Listen to the interview here

If you have any comments, let us know on either Facebook or LinkedIn.