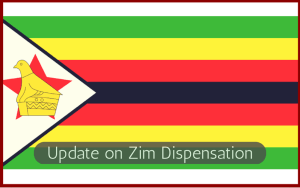 Background
In 2009 the Cabinet of the Republic of South Africa approved the Dispensation of Zimbabweans Project – or ‘DZP’ as it’s commonly known.

The stated objectives at the time were:

The DZP allowed applications from Zimbabwean’s with a valid Zimbabwean passport; evidence of employment, business or accredited study; and a clear criminal record and if successful granted them a permit to stay and work, study or run a business in South Africa.

The impending expiry of these permits has caused much anxiety with a great many of the 245,000 successful applicants.

Current DZP permit-holders, who wish to remain in South Africa, after the expiry of their permits, can reapply for the ZSP, subject to certain conditions.

These conditions include, but are not limited to:

This of course now provides VFS with a significant challenge – the processing of as much of an additional 245,000 applications in just 3 months. To put it into content that’s some 80,000 potential applicants per month. 4 new offices are being opened in what are perceived to be ‘stress’ areas; Gauteng, Western Cape, Limpopo and Mpumalanga.

The question has also to be asked will the DHA, assuming VFS can indeed process this amount of application can the DHA adjudicate them in additional to their normal volumes and the already in existence backlog. We leave you with the announcements stated quote from Minister Malusi Gigaba.

“Therefore there will be no queues as experienced in the past, and we trust applicants will enjoy a pleasant and efficient application experience.”

Let’s hope he is correct!