News 24 reported this weekend of the ongoing need for South Africans to obtain travel visa’s to visit the UK. From the article – extracts below it may appear that the South African government is getting frustrated for the need for its citizens to obtain these visa’s. 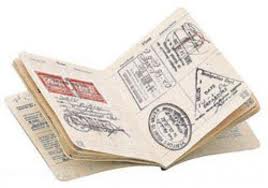 “Frustrated by Britain’s apparent reluctance to lift its visa requirements for South Africans, government is considering playing tit-for-tat and demanding the same from UK visitors.
This comes against the backdrop of the British government’s decision to halt development aid to South Africa worth £19m (R271m) from 2015.

Home Affairs Minister Naledi Pandor told MPs that there had been “no movement” after talks between the two nations.

“We had been given a promise that following the [London] Olympics, there would be a focus on whether this visa requirement can be lifted. There hasn’t been any movement and I think the time has come for us to consider reciprocity.

Pandor was responding in a debate on her department’s budget vote in Parliament.”

South Africans have required visa’s since 2009 when there was security concerns about corruption within home affairs and the ease with which foreign nationals could get South African passports.

This change from a visa free status meant many thousands of South Africans were now faced wit paying about R1 180 in visa fees to travel to our do business, in the UK. Further Diplomatic and official passport holders also have to apply for visas, making for cumbersome administration ahead of government visits.

Gary Benham, the head of communications at the British High Commission in Pretoria, told City Press that there had been “dialogue with the South African authorities since 2009”, and that this was continuing.

“The issue was not so much whether or not the passport could be forged. It was more about people entering Britain on South African passports when they themselves were not South African citizens.

“There are concerns that South African passports are available to people who are not entitled to them. If government decides to implement a reciprocal visa regime, UK visitors – including government officials and diplomats – would have to apply for visas.”

The UK is South Africa’s biggest overseas tourism market, and growing and one wonders what effect such an introduction of a visa regime for UK tourists may have in terms or repercussions on the amount of UK tourists visiting our shores.