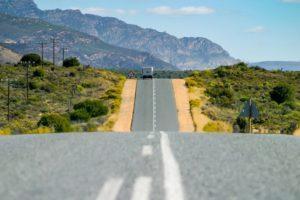 Like anywhere in the world, driving is one of the most convenient ways to get around in South Africa.

Thankfully most of the general duties of drivers on public roads will be more or less the same as in your country of origin.

For example, it’s also illegal to drive under the influence of alcohol in South Africa, and wearing a seat belt should still be your number one priority.

However, getting behind the wheel in South Africa will still be a whole new ballgame if you’re an expat or holidaymaker.

We’ve compiled a quick guide on how to succeed when driving in this unfamiliar territory in collaboration with Hippo.co.za, a car insurance comparison site:

Yes, you are allowed to drive with your foreign driving license

The National Road Traffic Act 93 of 1996 validates a foreign driving license on South African roads if the license has been issued in English and is accompanied by your photograph and signature. If the license is not in English or lacks a photograph, an International Driving Permit is needed. Many car rental companies also require that you apply for an international driving permit.

Keep to the left

Traffic flows on the left side of the road in South Africa and vehicles are passed on the right. In most cars, the steering wheel will be located on the right of the car. If you’re from a country where right-hand traffic is the norm, you might be scared about driving in the wrong lane. There’s no need to panic though; other vehicles will mostly show you what to do and road signs are structured in a way that will help you not to make the wrong moves.

Distances are measured in kilometres. Traditionally, the maximum speed at which road vehicles are allowed to travel on particular stretches of road in South Africa is:

There has been mentions of adjusting the speed limits to 40km/h in urban areas, 80km/h in rural areas, and 100km/h on freeways running through residential areas. Nothing has yet come of this though.

No doubt the supporters of this motion are motivated by South Africa’s high road accident rate. South Africans are unfortunately known to speed. Keep yourself and your family safe with these defensive driving tips.

When it’s time to refuel

The various types of fuel available in South Africa are Leaded and Lead Replacement, and Unleaded. When stopping for gas/petrol, you are not allowed to help yourself. An employee of the petrol station (or garage) will fill you up and take your payment. They will also make sure the oil level, water and tyre pressure is okay if you give them permission to do so. It is recommended that you provide the attendants with a small tip after you have refuelled.

There are toll roads in South Africa

Depending on where you are, some roads in South Africa may require payment before access. This is known as the toll road system.

Depending on your country of origin, you may find the following phrases related to driving, unfamiliar.

With plenty of wildlife, cultural diversity and spectacular natural sights, driving in South Africa can be one of the most rewarding and interesting experiences of your life. We hope that these pointers will enhance your experience driving on South Africa’s roads and allow you to enjoy one of the most beautiful countries in the world.