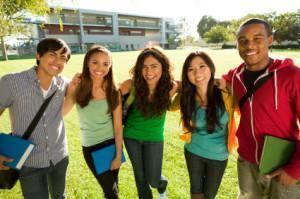 Moving to a new city to study involves a lot of research. Immigrating to a foreign country to study even more so. Intergate wants to help you with your research if you are in the process of completing a South Africa student visa application form to come study here. That’s why we’ve put together this article. It addresses some of the most pertinent parts of life as a student in South Africa.

Best cities to study in

As for language of education, you can expect English to be the main language in most South African learning institutions. Some classes might be presented in both English and another language. This is a result of South Africa’s diverse cultures and 11 official languages.

South Africa’s universities offer residence for students. It would be best to check for specific entry requirements and costs once you have chosen a learning institution.

If campus life is not for you, accommodation can be found close to universities in most areas. For instance, Rondebosch, Observatory and Mowbray in Cape Town are all close to the University of Cape Town and known to be student areas. Many flats and houses in the area are let out specifically to students.

Some parents of foreign students decide to buy an apartment close to a university instead of paying rental for accommodation. This is in part thanks to the good exchange rate for those with dollars, euros and pounds. The property can also still be used after the student’s study term is over. It can either be let or used as accommodation for the family during holidays in South Africa.

The public transport system in South Africa is not as developed as in European countries. That’s not to say you can’t catch a bus or a train in South Africa. You have both these options in the bigger cities.

In Cape Town and Johannesburg, commuters also have the option of travelling with MyCiti or Rea Vaya. These bus transport systems have been put in place in the last few years. As such, they are more modern in both appearance and function.

It could be worthwhile to invest in a scooter or car while in South Africa if you like your independence. You can easily find one second-hand. It would also make it easier to travel longer distances or go on holidays to other cities or towns.

You could waive this advice if you decide to study in a small town. It would be fairly easy to get around on foot or by hopping into a friend’s car.

Let’s not forget however about South Africa’s minibus taxis. These are found in every city and town in South Africa. Minibus taxis are not taxis in the traditional sense though. They are small-scale bus services, with no timetables and no formal stops.

As mentioned earlier, the exchange rate is very much in favour of those with euros, dollars or pounds. You’ll find life in South Africa very affordable with any one of these currencies in your bank account. This page from Numbeo will give you an idea of what everyday buys cost in South Africa.

Everyone else, with any other currency, will be happy to hear that students can claim discounts at selected places in South Africa. This range from certain shops to nature reserves and long-distance bus services.

You’re not only coming to South Africa to study. As any other international student, you are also here to explore. You’ll find plenty of opportunity for that. Cape Town and Stellenbosch are good for outdoor activities. Johannesburg and Pretoria offer nature options too, but are definitely more geared towards city pastimes. As for night life, there is more than enough to see and do in all student cities.

Get your South Africa student visa application form from Intergate